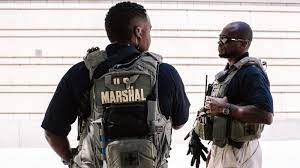 
A few days ago federal marshals seized $305,000 from KPFA, a progressive
radio station in the San Francisco Bay Area.

A court awarded this money to John Vernile, a former Executive Director
(ED) of the Pacifica, the parent organization of KPFA and four other sister
stations, along with over 200 affiliate stations. Although Vernile held
that position for only a few months, he took part in a bizarre incident for
which he was fired and became the object of unkind words. So he sued
Pacifica for “defamation” of his character; an arbitrator and then a court
ruled that he was legally fired for his extreme actions, but in favor of
his defamation suit.

That incident happened three years ago. In the morning of October 7, 2019,
John Vernile and his team — which included two rent-a-cops — raided the
studio of WBAI 99.5 FM in New York. Vernile’s people evicted the staff,
changed the locks, shut down local programming, and turned WBAI into a
repeater station.

“BAI,” as it’s affectionately called by its staff and listeners, is one of
the five Pacifica sister-stations. Pacifica is a non-commercial
listener-sponsored network where stations supposedly enjoy a certain amount
of independence and democratic governance — in theory at least. Staff and
listeners occasionally demand to have a say in how their station is run.
But John Vernile seems to have been remarkably unaware of Pacifica’s
traditions. The result was instant outrage. People at WBAI united in
opposition to Vernile. Even feuding factions and longtime enemies who
hadn’t spoken to each other for years, suddenly found themselves embracing
each other to fight a common enemy.

And it wasn’t just the staff and listeners of BAI. New Yorkers who were by
no means leftwing or related to WBAI saw the move as an intrusion into the
city’s cultural life. Even the city’s mayor denounced it, and Brooklyn
Borough President Eric Adams led a rally in support of the radio station.

An op-ed in the Amsterdam News read: “If it smells like a coup, walks like
a coup, and looks like a coup . . . it’s a coup!” Staff and listeners at
BAI called Vernile a “coupster.” Perhaps a lot of people saw it that way,
but U.S. District Judge Stephen Wilson in Los Angeles recently ruled that
as “defamation,” even though he acknowledged that Vernile was not
wrongfully terminated.

There is a saying that victory has a thousand fathers, but fiasco is an
orphan. And so it was in this case. Nobody seems to have claimed credit
for the idea. Vernile reportedly said he traveled around the country,
consulting board members at several of Pacifica’s stations. However, it
appears that he only spoke with people who agreed with the plan. He did
not speak with any of the Rescue Pacifica group here at KPFA, and he
reportedly didn’t speak with the folks at BAI either.

Was he a bullheaded guy who didn’t listen to other opinions? Or was he
just a puppet of his faction? I don’t know. I never met John Vernile and
don’t have a first-hand, face to face impression of him. But I would say
that his raid on BAI is a classic example of what can happen when only one
side gets listened to.

Most of Vernile’s team and backers were at KPFA in California. KPFA’s
power elite supported the takeover of WBAI. KPFA’s then general manager
Quincy McCoy became Consulting Programmer of a new entity called “Pacifica
Across America.” That turned out to be a fancy way of saying that Quincy
was running WBAI as a relay station — though not with KPFA’s current
line-up. He used old stale stuff. Later, when John Vernile needed funds
to pay the lawyers that were defending him, Quincy McCoy sent him $80,000
of KPFA’s money. The KPFA gatekeepers have claimed that Quincy was
required to send that money. Maybe so, but didn’t report the expense.

KPFA’s LSB (Local Station Board) majority faction who speak for the
gatekeepers at KPFA defended Vernile. They’re the “SaveKPFA” group, which
now goes by several names: “NewDay,” the “KPFA Protectors,” and “Safety
Net,” among others.

Of course not everyone at KPFA went along with that. And our affinity
group, “Rescue Pacifica,” supported the people at WBAI, as did many at
other Pacifica stations.

Each of the five Pacifica stations has its own Local Station Board (LSB),
and above these five local boards is the National Board, the PNB. A
majority of the PNB voted to return WBAI to its own staff, but Vernile and
his faction were reluctant to comply, so it was necessary to go through
court proceedings and finally get a court order. The takeover lasted a
month; then the New Yorkers got their station back, and John Vernile was
fired.

The announced purpose of the takeover was to save money. WBAI was losing
more money than Pacifica could afford, so Vernile and his team decided that
Pacifica could save money by eliminating the managers and staff of WBAI and
making it a relay station. The problem with that logic was that even
running it as a relay station cost money. A major long standing expense
was the antenna. Unlike KPFA which owns its own antenna, WBAI has to rent
one, and it was through no fault of WBAI that some very unwise people
running Pacifica two decades ago signed an incredibly bad and costly deal
to rent an antenna for WBAI. So during the takeover the antenna costs
continued. The difference being that the station’s staff were no longer
there to hold fund drives and raise money.

An email from Ken Gale on the day of the takeover, Oct 8, 2019, said:
“Pacifica has taken down all WBAI archives. This seems to be an act of
hostility, not a cost-saving measure. They also timed their move for the
second week of a fund drive that was going well, replacing programs that
were raising money with California programs that do not.”

Being new to Pacifica, John Vernile may not have thought that through. But
his NewDay/Protectors/SafetyNet team were long-time KPFA and Pacifica
people who should’ve known.

So the idea of turning WBAI into a relay station to save money doesn’t seem
very logical; some observers have suggested that there were other motives,
that Vernile’s crew simply wanted to trash WBAI and get rid of it, maybe
sell it. Interestingly, this year the same people (NewDay/Protectors/Safety Net) petitioned the FCC (Federal Communication Commission) to deny renewal of WBAI’s broadcast license. Not only that, but their majority faction at KPFA (on May 21, 2022) passed a resolution in support of the petitioners requesting the denial of the license renewal.

Is there more? Yes, there certainly is. On December 8, 2020, members of
that same majority faction (NewDay et al) petitioned a court in Los Angeles
to put Pacifica into receivership — bankruptcy. Had the court approved
that request, the entire network, including KPFA, would’ve gone into the
hands of a corporate lawyer and who knows where from there? Fortunately,
we do sometimes get justice in the court system, and that was one of those
good days. But think of it: although the recent loss of $305,000 is
certainly a disaster, the loss of the whole the network into receivership
would’ve been far worse.

Considering that there are no other progressive networks in the US beside
Pacifica, a loss of WBAI in New York, a major metropolitan media “market”,
would be an irreplaceable loss.

NewDay’s lawyer for the receivership petition (Dec 2020) was Attorney
Stephen Jaffe. And by some coincidence, Stephen Jaffe is also the attorney
for John Vernile in his “defamation” suit. A coincidence? Some questions
should be asked.

Three of the witnesses who testified in support of Vernile’s defamation
claim were NewDay people from KPFA.

Pacifica’s attorney, Arthur Schwartz, is appealing the $305,000 seizure.
But strangely, the chair and vice chair of KPFA’s LSB, Christina Huggins
and Fred Dodsworth, have demanded that Schwartz abandon the appeal.
Huggins is one of the petitioners who asked a Los Angeles court to put
Pacifica into receivership in 2020.

The seizure of the money is being reported on KPFA’s airwaves, and it
should be. But like other news, it needs to be covered accurately.
Unfortunately, some programmers are blaming Pacifica, telling us that’s
where the problem is. In a way, that’s true. But it misses the fact that
people from KPFA’s inner circle gatekeeper group — the ones associated
with SaveKPFA/NewDay/theProtectors/SafetyNet — are the very ones who
teamed up with John Vernile and promoted the events which led to this
lawsuit. Although John Vernile was the face of the takeover at WBAI, it
was the NewDay people who did the leg work. They have considerable
influence on events at Pacifica.

Attorney Schwartz knows this appeal will be a steep hill to climb; he said
so himself. But if this ruling stands, Pacifica could be hit with endless
numbers of lawsuits. Every manager that KPFA ever had could probably make
a case — rightly or wrongly — that he or she has been a victim of
“defamation.” At the same time, in any democratically run society or radio
station there has to be transparency. Lawsuits and even just the threat of
lawsuits can put an end to transparency, and the end of democracy at
Pacifica.

If we lose this case, it could have a major negative impact on the future
of our First Amendment rights — which seem to be under constant attack
these days.

Daniel Borgström is a member of KPFA’s Local Station Board