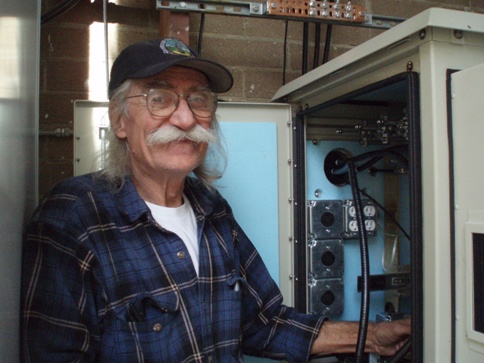 I’m Tom Voorhees, a self-employed radio-transmitter engineer. Most of my work is done on behalf of Pacifica-affiliated radio stations. I’m also dedicating volunteer time to creating a “translator” site to improve KPFA’s reception in the Monterey Bay area.

I’m seeking a second term on the KPFA Local Station Board, and I’m running with the Rescue-Pacifica team (see our platform and candidates at www.rescuepacifica.net). With your “Single-Transferable-Vote” ballot, you can vote for all of us — and please do!

In my first term, I also served on the Pacifica National Board (PNB), where representatives of all five Pacifica stations set policies for the network. I’m pleased to report that the PNB is functioning better now than it has in earlier years, with key committees and task force groups reorganized and having regular, productive meetings. Loan-payback arrangements remain on the agenda, and Pacifica does have the option of refinancing existing loans.

As author Jonathon Kozol recently warned on KPFA’s Flash Points program, “we are being trained for acceptance of rule from above,” pushed by an entrenched military-industrial-complex and the politicians who serve it. Yet Pacifica and its affiliates have in place a network of over 250 community radio stations. We need to use this powerful media resource to its full potential, alerting listeners to the creeping loss of our democratic rights and the Establishment’s continuous-war agenda.

Unfortunately, even under KPFA’s own roof, democracy has been eroding, as management cancels important shows without consultation, or even without explanation. If KPFA is to walk its talk about democracy, we need to bring back the Program Council, and have collaborative decision-making about programs. A community institution like KPFA must not allow it’s most important decisions be made by only one or two individuals.

And we need programming that will attract new listeners, and improve KPFA’s subscribership. For example, KPFA should revive its custom of broadcasting guest commentaries by individuals knowledgeable about the state of the world. (especially the third world). In the late 1960s and early 1970s, KPFA broadcast vital war awareness commentaries about Vietnam (as did its Pacifica sister station WBAI in New York). KPFA also played an important role in helping activists (including my younger self) fill the 68 thousand seat Kezar Stadium with peace demonstrators on more than one occasion. I believe that the help Pacifica gave the peace movement actually helped hasten the end of that war.

KPFA must stay true to its historic pro-peace course, but it also must adapt to today’s technology. To compete with social media, KPFA should expand beyond the audio realm and carry simulcast live-stream video of demonstrations and other important events. Volunteers are already available to offer this service.

For positive change at KPFA, please vote for Tom Voorhees AND my Rescue-Pacifica running mates. Thank you!